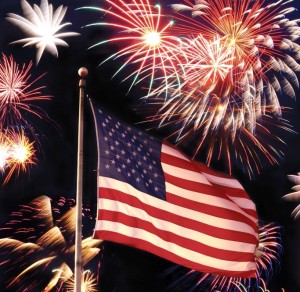 The Independence Day celebrations on July 4th can be easily labelled as the biggest occasion after the Christmas for the Americans. With its day-long beach parties, afternoon parades, nightly concerts and dazzling fireworks, July 4th isn’t an everyday holiday, it is the birthday of the United States of America. It is rather difficult to name only a few cities as ideal places to celebrate the occasion. There are too many locations in the US for celebrating the Independence Day. Whether you are into paying tribute to American history or just enjoying traditional summer pastimes, our list of top places to celebrate July 4th has all covered. Besides the obvious places for saluting the nation like Washington DC, Boston and Philadelphia, the list below also has coastal cities, offshore islands, an inland mountain, and one of the finest ships afloat.

Washington DC: Of course, the nation’s capital ranks as one of the top 10 places to visit to celebrate the nation’s birthday! Several exciting events lead up to the culmination of the July 4th festivities, one of which is the Smithsonian Folklife Fest on the National Mall. The festival runs from June 26 through July 7 and features artists, performers, and craftspeople. Next up is Constitution Avenue, where the massive National Independence Day Parade incorporates a stream of lavish floats, bands, giant balloons, and military groups; it makes for an impressive spectacle against the backdrop of imposing national monuments. Finally, as night falls on July 4th, the free A Capitol Fourth concert kicks off on the West Lawn of the Capitol Building with special guest performances accompanied by the National Symphony Orchestra. As a grand finale, the concert is followed by one of the nation’s largest and most visually impressive fireworks displays, illuminating the night sky above the Washington Monument.

Boston: A city that cradled the American Revolution and once threw wild tea parties, today Boston hosts a party of a different kind, as one of the nation’s premier destinations for July 4th vacations. More than 200 events make up a fun-filled six-day calendar during the annual Boston Harborfest, which kicks off on July 2 and continues past the Independence Day holiday. This patriotic celebration focuses on the city’s strong maritime and colonial heritage, and unfolds, as such, along the waterfront, on the Harbour Islands, and in the city’s downtown area. Expect a slew of events (many of them free), ranging from fireworks, concerts, kids’ days, cruises, tours, re-enactments, and more. Some of the festival’s highlights include Chowderfest, during which more than 10,000 participants chow down to select the best chowder from Boston-area restaurants; the annual turnaround of the USS Constitution; and the reading of the Declaration of Independence from the balcony of the Old State House. The other major component of Independence Day festivities is the free Boston Pops Fireworks Spectacular. People arrive early with beach chairs or blankets to occupy good seats.

Philadelphia: The old stomping grounds of the Founding Fathers, this history-rich city claims to be the place where the Declaration of Independence and the Constitution were drafted. More than 200 years later Philadelphians are still ready to get all riled up in the name of independence, making it a great location for the national holiday. With a superb weeklong celebration, start off your visit to the city of Brotherly Love by visiting its most iconic symbol of freedom, the Liberty Bell, as well as the historic sites in Independence Hall. Once you are done with the history, it’s all about music and fun: Free concerts, a July 4th parade and fireworks you can watch above the Philadelphia Museum of Art while listening to John Mayer and The Roots rock. 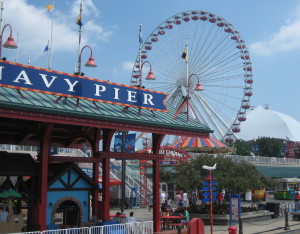 Chicago: Locals get so excited for the city’s annual Independence Day festivities that they actually kick off the revelry days in advance. Spectacular firework displays, fun festivals, rocking concerts, and ball games make the city an obvious choice for a holiday hurrah. Of course, July 4th vacations wouldn’t be complete without a colourful fireworks extravaganza – the most elaborate display is set to patriotic music and lights up the sky over Navy Pier, a superb location with sweeping skyline views along Lake Michigan. Be sure to grab a seat at the Navy Pier Beer Garden before the show to listen to free performances by stellar Chicago-area bands, which jam to the blues, classic rock, and pop. 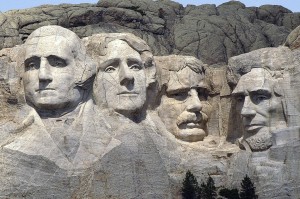 Mount Rushmore, South Dakota: Acclaimed as one of the top man-made wonders of the world, Mount Rushmore is as grand a tribute to American history. A prime national monument for July 4th celebrations. The imperial visages of four of the country’s most venerated leaders – George Washington, Thomas Jefferson, Abraham Lincoln and Theodore Roosevelt are etched into the Black Hills of South Dakota and visible from multiple spots at the Mount Rushmore National Memorial. You can follow the Avenue of Flags from the Concession Building to the Presidential Trail – a half-mile path that will get you up close to the mountain carvings. You can also head to the Grandview Terrace above the Lincoln Borglum Museum or the memorial’s amphitheatre. July 3rd is the day to be there as a slew of commemorative events are scheduled (with some additional events carrying over to the July 4th itself). Note there will be no fireworks but a traditional evening lighting ceremony starting at 9 pm and held in the Main Amphitheatre at Mount Rushmore National Memorial.

Queen Mary 2: The Cunard Line’s prestigious Queen Mary 2 embodies the essence of luxury cruising, and the ship’s five-night Fourth of July Getaway over the July 4th weekend is a brilliant opportunity to hail the Queen stateside (while celebrating the separation from the British monarchy). This special local sailing – most QM2 itineraries cover transatlantic jaunts – departs from New York City on July 1st and calls on Boston and Halifax. Spend the July 4th vacation sampling the ship’s numerous restaurants, five pools, and a calendar jam-packed with activities during the additional days at sea.

Cape Cod: With their sand dunes and salty air, lighthouses and quaint fishing villages, Cape Cod and its neighbouring islands make superb retreats for July 4th vacations. Dozens of parades, picnics, and fairs will have you humming the “Star Spangled Banner” throughout the holiday. Three of the most popular Independence Day events are the barbecue at the Old Whaling Church in Martha’s Vineyard (in Edgartown), where you’ll get a dose of nostalgia for the country’s old maritime days; the Bike and Carriage Parade in Falmouth (on Cape Cod), where participants dress up as Uncle Sam and parade around in these decorated modes of transport; and Nantucket’s fireworks display on Jetties Beach. 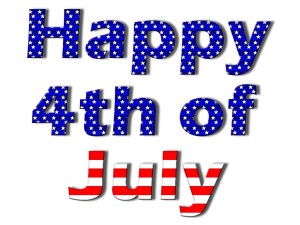 There are two locations for concerts on the National Mall (which is easily a mile long by the way). The official concert shown on PBS National Television takes place on the Capitol Lawn. This is the better concert, but then you are farther away from the fireworks. This is a trade-off.

The other concert is one or more of the US Military bands, and it takes place right near the Washington Monument. In 2012, at least, this concert took place earlier in the evening perhaps at 6 pm. Locals also bring a blanket and hang out with a radio to hear the symphony concert from the Capitol on the radio as they watch the fireworks go off.