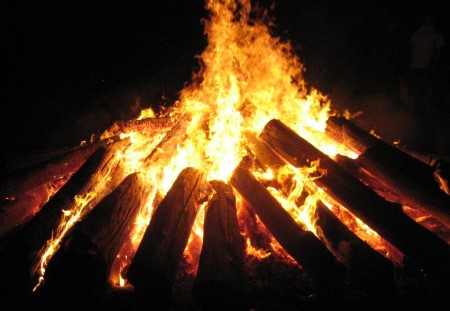 January is the month of bonfires in India. Celebrated with different names in different regions of the country, nobody can ignore the harvest festival celebrated during this time of the year. Lohri in Punjab, Pongal in Tamilnadu, Bhogali or Magh Bihu in Assam and as Makar Sankranti in other parts of the nation, the mid-January witness joyous celebrations carried out all over India. Though the name of the festival varies from state to state, bon fires and feasts form an integral part of the festival. Being an agricultural country, most of the Indian festivals are related to agricultural activities of the farmers.

The auspicious period of two days during the middle of January marks the Sun’s entry into the ‘Makar Rashi’ or northern hemisphere of the solar system. The period beginning from January 14 till July 14 is known as Uttarayan. 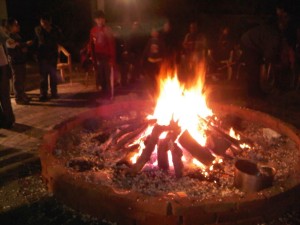 Lohri marks the culmination of winter and is celebrated on the 13th day of January in the month of paush, a day before Makar Sankranti. For Punjabis, Lohri holds special importance as the festival of prosperity. It celebrates fertility and the glimmer of life. People gather around bonfires throw sweets, puffed rice and popcorns into the flames, sing Lohri songs and exchange good wishes.

It is also the last day of the month of Maargazhi for the Punjabis, which is the last month of the lunar calendar. The traditional dinner with makki-di-roti and sarson-da-saag is quintessential. A Prasad comprised of five main things: til, gazak, gur, moongphali phuliya and popcorn is eaten on this day. The traditional puja is performed by doing parikrama around the fire distributing Prasad. This puja symbolises a prayer for abundant crops and prosperity. This day is also significant for the small children asking for Lohri (reward on the day), as they generally receive sweets and other gifts as Lohri from the elders. 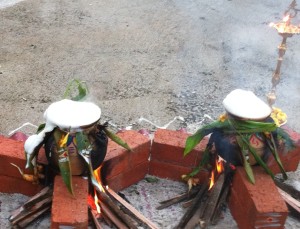 In Southern India, mid-January is celebrated as Pongal. This festival celebrates the bounteous crops in the field. This festival is the biggest event of the year for the people of Tamil Nadu and Andhra Pradesh. The first day of the festival called Bhogi-Pongal is devoted to Bhogi or Indra, the rain God. The day is linked with the mythological tale of Lord Krishna’s lifting of the Govardhan Parvat on his little finger to save the people of Dwarka from rain and flood.

A traditional Pongal has various rituals attached to it. The place allotted for the Pongal puja is cleaned and smeared with cow dung before the day of the festival. The courtyard or the open terrace is regarded as the ideal place for the particular puja. Drawing of Kolams (ground patterns made out of rice flour) is also one of the significant aspects of the occasion. 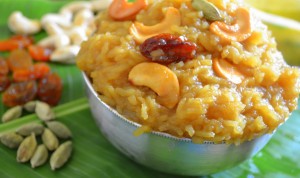 The legend attached to the festival of Pongal reveals the importance it holds for the people of the region. According one of the popular legends, Lord Shiva, once asked his bull Nandi to deliver his message to the people on earth- to have an oil bath everyday and have food once a month. But after his journey, Nandi forgot the actual message and delivered it the other way, saying that Lord Shiva had asked them to have an oil bath once a month and eat everyday. For this, Lord Shiva got disappointed and told Nandi that since the people would now need to grow more food grains, Nandi would have to go to earth to help the people in ploughing their fields. Hence the use of bull for ploughing land happened.

On the second day of the festival, Mattu Pongal, also known as Kanu Pongal, women pray for the welfare of their brothers. This resembles the festival of Raksha Bandhan or Bhai Dooj celebrated in northern India.

Cooking of Pongal rice or sweet rice is also one of the important aspects of Pongal. Rice with jaggery is cooked in new earthen pot. A delicious concoction of rice, moong daal, jaggery and milk is boiled in the pot on an open fire. The neck of the pot is tied with a necklace of raw turmeric. As the content of the pot gets cooked, it is allowed to spill over due to over boiling. This is regarded to be an auspicious sign for the respective family. This cooked Pongal rice is garnished with cashewnuts and raisins fried in ghee. The whole preparation is done on a predetermined auspicious time. The preparation is first served to God with vegetables, lentils and newly harvested sugarcane and bananas. Later the family enjoys the Pongal rice. The ingredients have their own symbolic meanings, as rice and milk are signs of prosperity; sugarcane signifies happiness while turmeric augurs the good things to come. 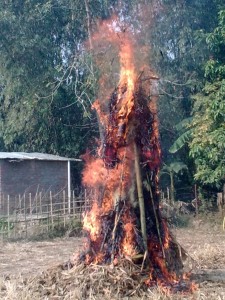 The mid-January marks the celebration of Bhogali (abundance) Bihu in Assam – the north-eastern state of India. The harvest festival is celebrated with much fun and feasting. The first day of the two-day long festival is dedicated to community feasting. The Bhogali signifies the harvest season for the Assamese farmers. Plentiful variety of pitha, laru and jolpaan are made in traditional Assamese styles which are served to whoever visits the family. On the first day of this Bihu, the farmers along with their family celebrate around their Bhoral or granary, feasting and enjoying the good harvest. Close families and neighbours get together for a feast at night by the side of a huge bon fire. The children and young adults make houses or tomb like structures known as Bhela Ghor and Meji respectively by the left over haystack from the field as a preparation of this Bihu. The second day of Bhogali Bihu is marked by burning of the Bhela Ghor or Meji Ghor early in the morning. People pay their obeisance not only to the God of fire – Agni by offering the Bihu eatables especially til (sesame seed) laru, but also pray in their paddy fields for prosperity and offer puja with traditional rituals. The day is also marked by visits to near and dear ones and by taking blessings from the elders of the family. In rural areas people gather in playgrounds to witness festivities like cock fights, buffalo fights and bulbuli (small bird) fights etc. 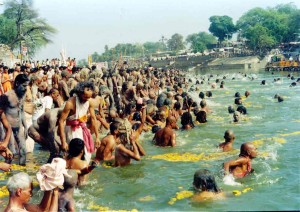 The people of the Indo Gangetic plain begin the auspicious day of Makar Sankranti by taking a dip in the sacred Hindu river Ganges, followed by a puja of offering water to the Sun God. The holy dip is believed to purify the self and bestow punya. Special puja is performed as a thanksgiving ritual for the good harvest of the year. This day also has a very special significance as the day and night hours are of exact equal duration.

Traditionally, the day was also celebrated by the Aryans as the most auspicious day of the year. The legend of Mahabharata speaks the importance of this time. According to the legend, Pitamaha Bhishma, even after being wounded in the battle of Kurukshetra lying on the bed of arrows, lingered on till the beginning of Uttarayan, to breathe his last. For it is believed that the person who dies on this auspicious day of Sankranti escapes the cycle of birth and re-birth and his soul unite with the almighty.

Apart from the above mentioned festivals, this time of the year is celebrated in different forms in different parts of the country. In Bundelkhand in Madhya Pradesh, this festival is known as Sukarat or Sakarat and is celebrated with merriment and lots of sweets. On the first day of the two-day festival, people throng to the holy rivers in large numbers for the sacred dip. The famous Kumbh Mela is also held on this auspicious time of the year at the four auspicious places of Hindu religion.

In Bihar and eastern Uttar Pradesh, people savour a special rice meal to mark the day of Uttarayan.

In Rajasthan, Nagaur Fair marks this festival. People from all over Rajasthan gather at Nagaur to attend the cattle fair and the four days’ festivities related to it. Besides the usual buying and selling of camel, ox, cows and bullocks, other festivities like cock fights and bull fights also attract the attention of visitors.