Put a few miles between you and your comfort zone 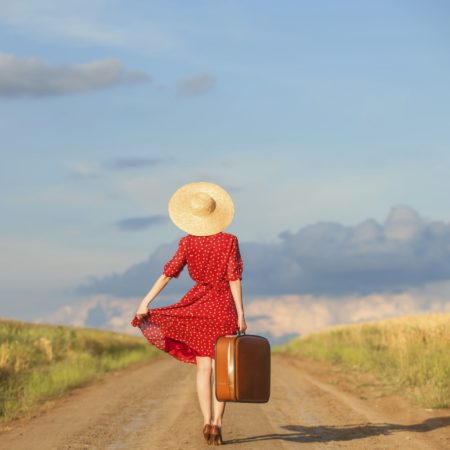 Getting away perhaps is one of the most soothing phrases human beings have ever heard. It’s not about the vacation or relaxation. It is not even about the destination; it’s about the act of putting some miles between home and daily routine. The mere act of planning an upcoming trip alone opens up neural pathways resulting in a feeling of euphoria and happiness.

Neural pathways are influenced by environment and habit. Evidently, they are also sensitive to change. Experiencing new sounds, smells, language, tastes, sensations, and sights in a different place spark different synapses in the brain. This has tremendous potential to revitalize the mind.

Here are five profound benefits of travel on human well-being:

“Foreign experiences increase cognitive flexibility, depth and integrity of thoughts, the ability to make deep connections between disparate forms,” says Adam Galinsky, a professor at Columbia Business School. He has conducted many studies on the connection between creativity and international travel. “The key, critical process is multicultural engagement, immersion, and adaptation.”

Psychologists and neuroscientists have recently proved that spending time abroad may have the potential to affect mental change. In general, creativity is related to neuroplasticity, or how the brain is wired.

A recent study from the Academy of Management Journal found that people who worked overseas were more imaginative and inspired than those who stayed in the same country due to cultural immersion.

“People who integrate a new culture into their identities are more creative in the long run,” William Maddux, Ph.D., author. According to him, “Doing as the locals do for an extended period of time opens up the mind, forcing one to think in different ways and bounce around between different ideas. This “cognitive flexibility” boosts creativity.

Often while travelling, you come across good people; people who are willing to help you find your way back to the hotel or navigate the places of interest around and generally guide you with ideas that locals use. Seeing all of the good that exists in the world makes it easier for any traveller to believe that most people are good people. It reassures one’s belief in humanity.

This feeling of being at ease with others reduces possible anxiety in a foreign land giving way to more relaxation and enjoyment.

Travel makes you happier. It personally makes me happier when I see my money grow in value once I land in a new country where my currency has more value than theirs. More value for my money invariably means more shopping power. Shopping is also a therapy known as Retail Therapy that induces happiness in the buyer. Happiness equals health.

A study from the journal Psychological Science found that anticipating an upcoming trip or experience makes you happier than if you are waiting for something tangible, like a new shirt.

We talked about putting a distance between one’s home and routine to get a new lease of life through travel however short it is. In an almost similar way, travel broadens ones perspectives. The traveller tends to see the world and self in a completely different way. Living outside ones comfort zone also brings in an opportunity to see happenings around and in life with a different standpoint. Psychologists confirm that people often have epiphanies while traveling, as they are able to view their problems from a more detached point of view.

Last but not the least, travel promotes heart health. During travel, one has to keep physically active whether it is to rush through the airports, walking the streets, shopping for souvenirs or climbing a mountain. Physical movements, as we all know, lowers blood pressure and the risk of heart disease and stroke.

According to a joint study from the Global Commission on Aging and Transamerica Center for Retirement Studies, in partnership with the U.S. Travel Association, traveling actually keeps you healthier. The study found that women who vacation at least twice a year show a significantly lower risk of suffering a heart attack than those who only travel every six years or so.

The same is true for men. Men who do not take an annual vacation show a 20 percent higher risk of death and 30 percent greater risk of heart disease.

The Framingham Heart Study that began in 1948 and spanned over the course of 20 years states that women who vacationed only every six years or less were nearly eight times more likely to develop heart disease or have a heart attack compared to women who travelled at least twice a year.

On a more human experiential level, I feel, travel is the best remedy for a heart break too. If a recent break-up or a bad relationship weighs you down and makes you feel sick to the stomach, just pack your bags and go to any random destination. It could even be your grandmother’s house. Any kind of travel and change of place help one recover from emotional pain and trauma.

The use of traveling is to regulate imagination by reality, and instead of thinking how things may be, to see them as they are. Samuel Johnson (British diarist, author, and patron of the arts), ‘Letter to Hester Thrale’ (1773)

I love travelling. I have travelled to 24 countries and 3 continents so far and I can firmly say that travelling has given me much more physical and mental benefits than the ones listed above. It has helped me grow as a person. Travel not only gives you the thrill of seeing new places, but it also introduces you to your hidden capabilities. It helps you feel truly alive.