Rio Carnival – The biggest street party of the world

If your journey has taken you to Brazil by any chance in the months of January or February, then you would be spending most of your time in the rainforests. However, do keep yourself free for the Saturday before “Ash Wednesday” before the “Lent”, as you would see yourself in Rio de Janeiro for the biggest street party of the world – the Rio Carnival. 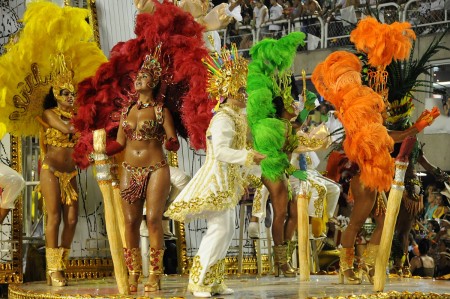 The six-week (or controversially 40 days or 38 days, excluding the Sundays) “Lent” is the commemoration to the resurrection of Jesus Christ. Without any accurate dates in the calendar, the ceremony starts from Ash Wednesday and ends on Holy Thursday or Easter Eve. In Brazil, it is the Sunday and Monday evenings preceding Ash Wednesday when the Rio Carnival begins. Vibrancy is the flavour of the occasion. Bold and expensive costumes are the must-haves that define the carnival. The thumping beat combined with electrifying tunes set the mood and the rhythmic dances take the parade forward. The parading style of course is seeded from European culture with (now) a few hints of the South American culture. 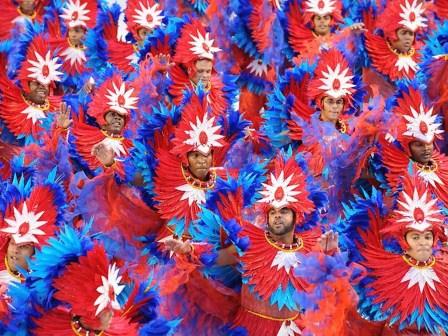 Blocos de Rua – Come January and be sure to see uniform colours when you enter the bars or cafeteria, as every locality, pubs and hanging out places, have their own themes for the Blocos Parade. The street carnival bands called the “Blocos de Rua” (which were 440 in number in 2012) take the party to the streets. They parade from one street to the next while playing the most happening party tunes, sometimes, adding their own jingle to it. Do save your energy though because there is an after party at the end too when the parade reaches its finishing line at the beaches. Not in Rio? No problem! Copacabana, Ipanema, Lagoa – all major cities in the Brazilian territory burn red hot in the Blocos party fever all month long. 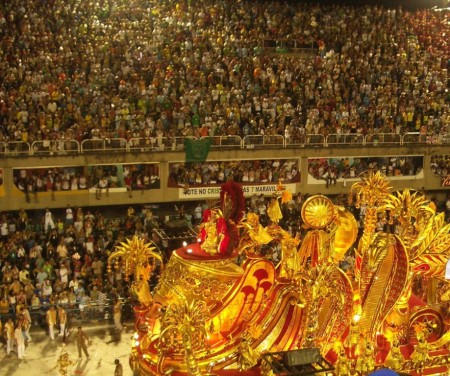 Samba Schools – The big players of the big night in Rio are the world renowned ‘Samba Schools’. Previously a part of the street carnival, but with the ever increasing frenzy of crowd and sponsors around them, authorities have arranged a bigger and better venue for their performances – the Sambadrome. It is a four-night long endless enjoyment package with over 100 performers in each of the floats participating in the Samba School contest. Vibrant colours, pulsating music, and the cheers of a 90,000 strong crowd joining in the 700 meter parading stretch makes it an extravaganza to behold. 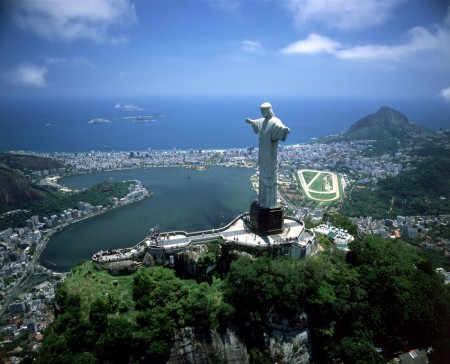 Amazon, Soccer and Carnival – these are the three main attractions in Brazil. One cannot be enjoyed while the other is in progress. So thinking about touring other places in the times of Rio Carnival is a big no. Besides, Rio Carnival is more on the streets and not on the beaches. Over 300 Bandas and Blocos make sure that the streets are flooded with enough people to last night and day. Even drivers are participating in the street parades. Public transportation across the country become feudal as the carnival is a national phenomenon and the main cities, from where you generally get your transport, are the main venues. 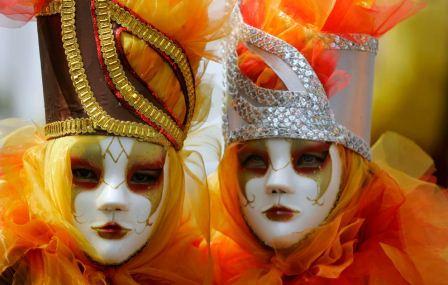 The spirit of the Brazilian Carnival has its own charm but its dances and music are partly inspired from the Native African and American cultures. The Rio Caranval, on the other hand, lends the credit of its creation purely to the Europeans’ way of celebrating the Christian Liturgical New Year. The history of Rio’s earliest festivals date back to 1723, but it was not until in the late 19th century, “Cordoes” (cords, or particularly laces in Portuguese) was introduced into the culture of Rio de Janeiro. “Cordoes” were dancing and singing pageant performers who paraded the entire city in groups. European traditions merged into the original Brazilian Carnival, which was celebrated as a national festival at the time, to give Rio Carnival its present national recognition and international exposure. The groups became to be known as “Blocos”. Now, as the carnival expands for magnanimous attention around the world, the larger “Blocos” are also known as the ‘Samba Schools’. It is the ‘Samba Schools’ that fetch the biggest amount of crowd in the entire celebration.

The Rio Carnival is nothing more than the outburst of full-fledged emotions. From the single pencil stroke to the most expensive costumes, every inch in the whole year of preparation for the grandest festival bears evidence to the passion of the people. Emotions are parts of everyday life and as you get detached from them, life starts to leave from you. So, rekindle those emotions, bring in the real thrill and feel life beating to the Samba tune uninterruptedly.